KNOW YOUR TAXPAYER BILL OF RIGHTS

The first time I called Canada Revenue Agency (CRA) for a client I was nervous. The prospect of dealing with CRA can be intimidating. But the agency has a requirement to respect the rights of taxpayers while they pursue their mandate to implement the Canadian tax system.

CRA provides the Taxpayer Bill of Rights, which takes your rights expressed in Canada’s tax code and summarizes them in 16 categories. You have the right …

1. To receive entitlements and to pay no more and no less than what is required by law

You can expect to receive the benefits, credits and refunds to which you are entitled under the law and to pay no more and no less than the correct amount of tax required under the law.

2. To service in both official languages

You can expect CRA to communicate with you and provide services in the official language of your choice (English or French) on the Internet, by telephone, in writing or at a designated bilingual office.

You can expect CRA to protect the confidentiality of the information that you provide. Your information will be used only for purposes allowed by law. Only those persons who are authorized by law and who require the information to administer programs and legislation have the right to access your personal and financial information.

4. To a formal review and a subsequent appeal

You are entitled to a formal review of your file if you believe that CRA has not applied the law correctly or that you have not received your full entitlements. Appeals officers who are not involved in the original decision will conduct a formal and impartial review. Filing an objection will start the review by Agency appeals officers. If they do not resolve the matter to your satisfaction, you are entitled to appeal to the tax courts.

5. To be treated professionally, courteously, and fairly

You can expect CRA agents will treat you courteously and with consideration at all times, including when CRA requests information or arranges interviews and audits. You can also expect CRA to listen to you, take your circumstances into account, and treat you fairly to make fair and impartial decisions in accordance with the law. CRA will explain their decision and inform you about your rights and obligations with respect to that decision.

You can expect CRA to provide you with complete, accurate and timely information that will explain in plain language the laws and policies that apply to your situation, to help you get your entitlements and meet your obligations.

7. Not to pay income tax amounts in dispute before you have had an impartial review

You are entitled to withhold payment of assessed income tax amounts that you are disputing in a formal objection, other than source deductions, until you have had a formal review by the CRA or, if you have filed an appeal, until the Tax Court of Canada has issued its decision. If you appeal to a higher court, you will be able to provide equivalent security instead of paying the amount in dispute. However, in certain circumstances that are specified in the legislation, the CRA can exercise its authority to take collection action even though an objection or appeal has been filed.

8. To have the law applied consistently

You can expect CRA to apply the law consistently so everyone gets their entitlements and pays the right amount. CRA will take your particular circumstances into account to the extent that the legislation they administer allows them to do so.

9. To lodge a service complaint and to be provided with an explanation of our findings

You can expect that if you lodge a complaint about the service you receive from CRA, you will be listened to and given the opportunity to explain your situation. CRA will deal with your complaint promptly, impartially and in confidence, and CRA will provide you with an explanation of their findings.

10. To have the costs of compliance taken into account when administering tax legislation

CRA recognizes the need to keep to a minimum your costs, including your time and effort that are incurred to comply with the tax and benefit legislation, while balancing their responsibility to administer the legislation efficiently and economically. CRA will attempt to make their dealings with you as straightforward and convenient as possible.

11. To expect CRA to be accountable

You have the right to expect CRA to be accountable for what they do. When CRA makes a decision about your tax or benefit affairs, they will explain that decision and inform you about your rights and obligations in respect of that decision. CRA is also accountable to Parliament, and through Parliament to Canadians, for what they do. CRA reports to Parliament on their performance with respect to tax services and benefit programs and the results they achieve against their published service standards.

12. To relief from penalties and interest under tax legislation because of extraordinary circumstances

This right means that CRA will consider your request to waive or cancel all or part of any penalty and interest charges, if you were prevented from complying with your tax obligations because of circumstances beyond your control.

- cancel or waive all or part of penalties and interest;

- accept late-filed, amended, or revoked elections (income tax only); and

Examples of situations that could justify relief:

- a disaster such as flood or a fire;

- an error in a CRA publication, or incorrect information provided by a CRA employee;

- a disruption in services, such as a postal strike; and

13. To expect CRA to publish their service standards and report annually

CRA sets targets for achieving their service standards based on operational realities and infrastructure, available resources, historical performance, degree of complexity of the work, and Canadians’ expectations.

If you believe that CRA did not meet our service standards, let CRA know by contacting CRA – Service Complaints. Your concerns will be directed to the CRA program administrators who are responsible for setting and reviewing the service standards.

14. To expect CRA to warn you about questionable tax schemes in a timely manner

15. To be represented by a person of your choice

You can get advice about your tax and benefit affairs from and be represented by a person of your choice. If you provide CRA with written authorization, CRA will discuss your situation with the representative of your choice. However, it is important for you to be aware that you are legally responsible for your tax and benefit affairs even if you choose to obtain assistance or have someone act on your behalf.

16. To lodge a service complaint or request a formal review without fear of reprisal

You have the right to lodge a service complaint and request a formal review and to be confident the CRA will treat you impartially, and that you will receive the benefits, credits, and refunds to which you are entitled, and pay no more and no less than what is required by law.

If you feel that you have been subject to acts of reprisal, the CRA wants to hear from you. CRA take your concerns seriously. Tell CRA about them by completing Form RC459, Reprisal Complaint. 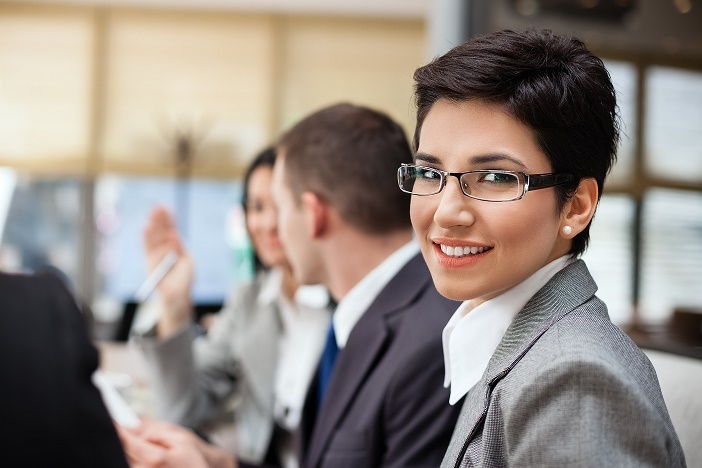 McLenehan and Associates Chartered Professional Acountants has solutions for your business. Whether you’re a large company or just starting out. Whether your eye is on top performance or bottom line results. We have a solution for you – and it’s grounded in experience working with the best-run businesses in your industry.

Subscribe to our newsletter for the latest personal finance and tax articles and advice.